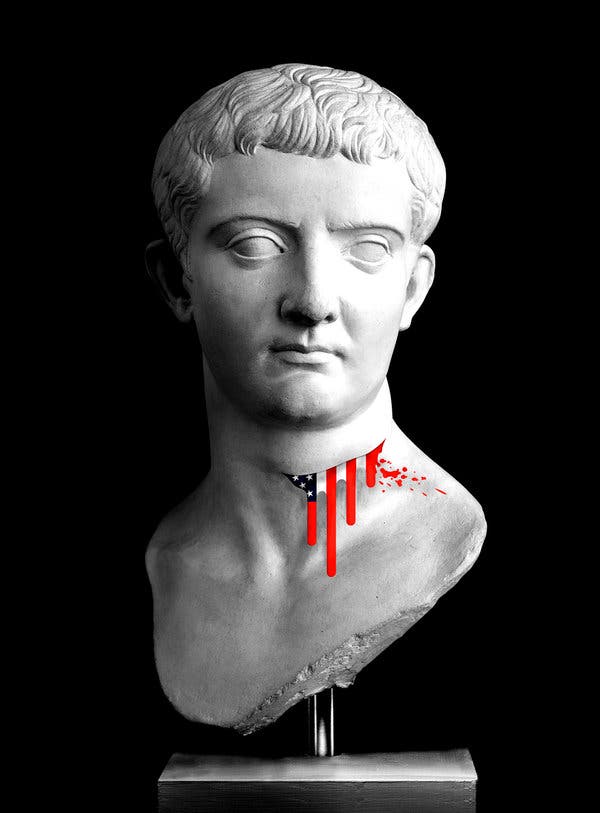 Near the beginning of the third century B.C., the Republic of Rome faced an acute threat to its domination of the Italian peninsula. In a series of brutal battles, Pyrrhus of Epirus and a fearsome parade of 20 war elephants had managed to vanquish Rome’s armies. When Pyrrhus offered Rome a comparatively lenient peace treaty, many of its senior statesmen were keen to take the deal.

It was, Edward J. Watts shows in “Mortal Republic,” thanks to the unrivaled strength of Rome’s political institutions that Pyrrhus’ victories ultimately issued in his proverbial defeat. When the Senate convened to debate the offer, “an old, blind senator named Appius Claudius was carried into the Senate house by his sons.” As the chamber fell silent, he stood to chastise his colleagues. “I have,” he said, “long thought of the unfortunate state of my eyes as an affliction, but now that I hear you debate shameful resolutions which would diminish the glory of Rome, I wish that I were not only blind but also deaf.” By giving in to Pyrrhus, Claudius warned, the Roman Republic would only invite more outside powers to mess with it. Low as the odds of victory might be, Rome had no choice but to keep fighting.

Unable to pacify the Roman Republic by treaty, Pyrrhus turned to bribery. When Fabricius, a senator widely known to be as poor as he was distinguished, arrived to negotiate a prisoner exchange, Pyrrhus offered him gold and silver so plentiful it would make him one of the world’s richest men. But Fabricius refused. “The Republic of Rome provides those who go into public life with everything they need,” he haughtily declared. Because even a poor man could accede to the most distinguished offices, his reputation was far more important to Fabricius than Pyrrhus’ money.

Taken together, Watts shows, these two speeches encapsulate the foundations of Rome’s remarkable success. At its inception, “the republic provided a legal and political structure that channeled the individual energies of Romans in ways that benefited the entire Roman commonwealth.” But over the following centuries, that foundation slowly weakened, and then rapidly collapsed.

Since the founding fathers explicitly modeled the United States on the Roman Republic, a study that investigates the circumstances of its demise promises to hold considerable relevance for our own times. As Watts puts the point, the principal purpose of his book is to allow “readers to better appreciate the serious problems that result both from politicians who breach a republic’s political norms and from citizens who choose not to punish them for doing so.” Does he accomplish that ambitious goal?

In Watts’s telling of the Roman Republic’s agonizing death, slow-moving structural transformations gradually sowed the seeds of demise. As the population exploded and the economy became ever more sophisticated, the growing share of poor citizens started to demand redress. But since the institutions of the republic were dominated by patricians who had much to lose from measures like land reform, they never fully addressed the grievances of ordinary Romans. With popular rage against increasingly dysfunctional institutions swelling, ambitious patricians, determined to outflank their competitors, began to build a fervent base of support by making outsize promises. It was these populares — populists like Tiberius Gracchus and his younger brother Gaius — who, in their bid for power, first broke some of the republic’s most longstanding norms. 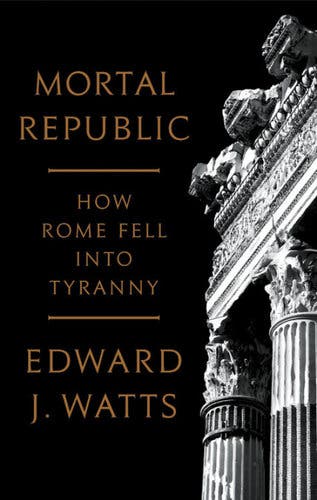 The transformation of Rome’s army compounded the challenge of growing inequality. In the early days of the republic, soldiers thought of their participation in military service as a civic duty. Commanders hoped to win great honors and perhaps to attain higher office. But by the late second century B.C., the army had essentially been privatized. Commanders knew that the plunder of new lands could garner them vast riches. Their soldiers signed up for the ride in the hope of gaining a generous allotment of land on which to start a farm. With soldiers increasingly loyal to their commanders, and commanders doing whatever it took to maximize the prospect of private profit, the Senate was no longer in charge.

It took a long time for these tensions to build. But once they reached a critical point, Rome’s descent into chaos and dysfunction was astonishingly swift.

During the century and a half between the days of Pyrrhus and the rise of Tiberius Gracchus, there had not been a single outbreak of large-scale political violence. Then Tiberius pushed through land reforms in defiance of the Senate’s veto. In the ensuing fracas, he and hundreds of his followers were murdered. The taboo on naked power politics had been broken, never to recover.

Over the next years, it quickly became normal for populist politicians to set aside longstanding norms to accomplish their goals; for military commanders to bend the Senate to their will by threatening to occupy Rome; and for rival generals to wage war on one another. “Within a generation of the first political assassination in Rome, politicians had begun to arm their supporters and use the threat of violence to influence the votes of assemblies and the election of magistrates. Within two generations, Rome fell into civil war.”

If we are to avoid the fate that ultimately befell Rome, Watts cautions, it is “vital for all of us to understand how Rome’s republic worked, what it achieved and why, after nearly five centuries, its citizens ultimately turned away from it and toward the autocracy of Augustus.” In a sense, the book fails in this ambition. Especially as it progresses, Watts, a professor of history at the University of California at San Diego, abandons a careful analysis of the larger trends for a blow-by-blow account of the many conflicts that divided the republic in the last century of its existence. At times, this endless onslaught of calamities — a new violation of some traditional norm, the latest commander to threaten an invasion of Rome, one more shift in the ever-fragile constellation of power — starts to numb the mind.

But in another sense, the sheer repetitiveness of the calamities that befell Rome only serves to underline the book’s most urgent message. If we were to make explicit the implicit analogy that runs all the way through “Mortal Republic,” we would most likely cast Donald Trump as a farcical reincarnation of Tiberius Gracchus. Like the original populist, Trump was propelled to power by the all-too-real failures of a political system that is unable to curb growing inequality or to mobilize its most eminent citizens around a shared conception of the common good. And like Gracchus, Trump believes that, because he is acting in the name of the dispossessed, he is perfectly justified in shredding the Republic’s traditions.

If that analogy is right, the good news is that Trump will, once the history of our own mortal Republic is written, turn out to be a relatively minor character. Far from single-handedly destroying our political system, he is the transitional figure whose election demonstrates the extent to which the failings of our democracy are finally starting to take their toll. [JB emphasis]

The bad news is that the coming decades are unlikely to afford us many moments of calm and tranquillity. For though four generations stand between Tiberius Gracchus’ violent death and Augustus’ rapid ascent to plenipotentiary power, the intervening century was one of virtually incessant fear and chaos. If the central analogy that animates “Mortal Republic” is correct, the current challenge to America’s political system is likely to persist long after its present occupant has left the White House.

Yascha Mounk is a lecturer at Harvard University and the author of “The People vs. Democracy: Why Our Freedom Is in Danger and How to Save It."